This post sort of crosses over in two separate domains of my research, both in Book of Mormon Studies and Book of Abraham Studies.

The BMAF (Book of Mormon Archaeological Forum) site is a web site and group of individuals that publishes research on the Book of Mormon.  They have hosted various articles that I have written on Book of Mormon studies, such as my article A Witness of Cumorah which is an article on Book of Mormon Geography.  This is a "reader's digest" version of my book Resurrecting Cumorah that was published in 2011, which promotes a Geography of the Book of Mormon that includes Cumorah in New York and Mesoamerica as the Nephite Land Southward.

Anyhow, the BMAF site is hosting an article authored by LDS archaeologist V. Garth Norman on the Mayan Temple Ceremony:

V. Garth Norman has included both pictures as well as a link to a Youtube video of the ceremony, which I also include here:

Now, look at this section of a screen shot from Brother Norman's pdf file hosted on the BMAF site: 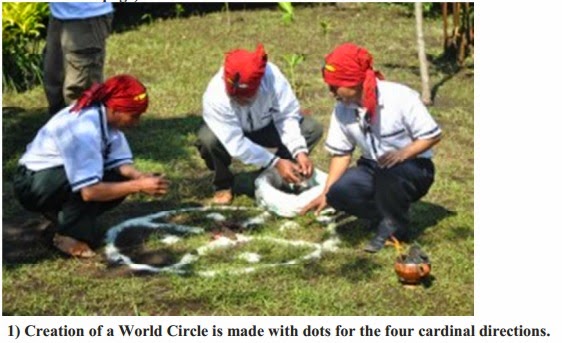 Here is a screenshot I made from the video: 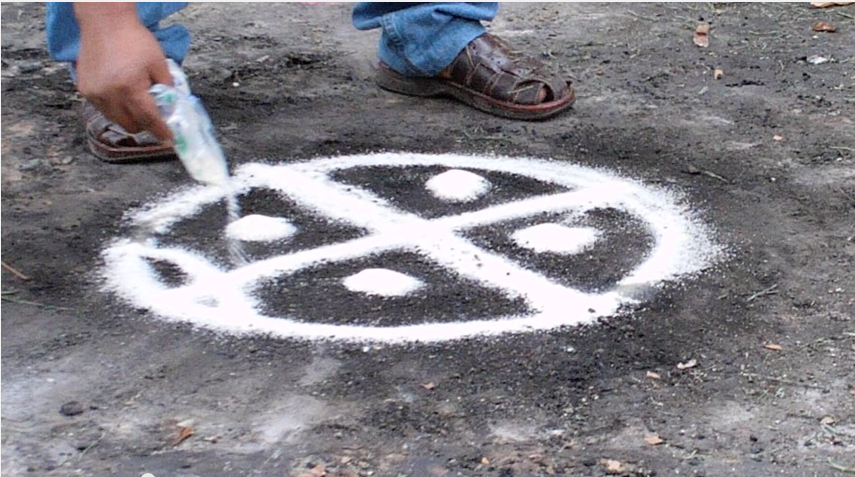 These pictures that the Mayan Glyph for the "World Circle" is a circle with a cross through it, which they draw to represent the world and dots in each section representing the four directions.  Why is this significant for the Book of Abraham and the Kirtland Egyptian Papers?  Because, that is the same glyph Joseph Smith presented in the Kirtland Egyptian Papers for "Earth" or Jah-Oh-Eh, which he claimed to be an Egyptian Symbol.  It is an Egyptian Symbol, because it is identical to the Egyptian Symbol Niwit, which is an Egyptian Determinative for "land, earth, locale, town" etc.  The other glyph in Jah-Oh-Eh, in both Facsimile #1 and Facsimile #2 that signify earth are the FOUR SONS OF HORUS, or the Canopic Jars under the Lion Couch in Facsimile #1.  As the explanation for Facsimile #2 figure 6 shows, the Four Sons of Horus signify "the earth in its four quarters," and the explanation for Facsimile #1 Figure 1 calls the earth "Jah-Oh-Eh."  So, here, we have an Egyptian symbol for Earth being used by the Mayans for Earth.

See also my article on Jah-Oh-Eh and the Egyptian Symbol Niwit, as well as the Semitic Teth here: