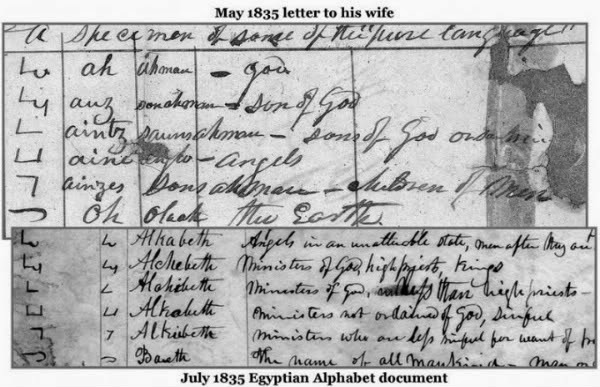 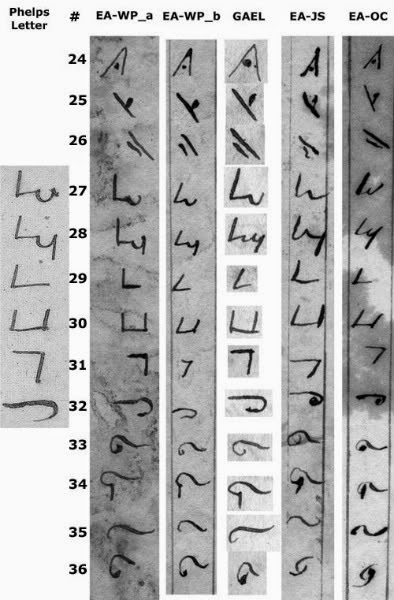 Chris Smith talks about it here:

This is related to this document:

A SAMPLE of pure language
given by Joseph the Seer as copied by Br Johnson
Question What is the name of God in pure Language
Answer Awman.
Q The meaning of the pure word Aman
A It is the being which made all things in all its parts.
Q What is the name of the Son of God.
A The Son Awman.
Q What is the Son Awman.
A It is the greatest of all the parts of Awman which is the godhead the first born.
Q What is man.
A This signifies Sons Awman. the human family the children of men the greatest parts of Awman Sons the Son Awman
Q What are Angels called in pure language.
A Awman Angls men
Q What are the meaning of these words.
A Awman’s Ministering servants Sanctified who are sent forth from heaven to minister for or to Sons Awmen the greatest part of Awman Son. Sons Awmen Son Awmen Awman

Anyway, Phelps translations of the characters are clearly based on Joseph Smith's revelation on the "parts of God."  Brigham Young also gave an account of this revelation which is found in the Journal of Discourses.